If you love History, Art or you’re just curious about the past, there’s a place in Crete that you shouldn’t miss. And it’s not the Palace of Knossos, not this time. It’s the Archaeological Museum of Heraklion… Why not combine a morning doing a tour of Knossos with an afternoon at the Museum? Your day will be truly amazing.

The Archaeological Museum of Heraklion is one of the most important museums in Europe. It’s been constructed on what used to be a Venetian-Franciscan friary destroyed during an earthquake back in 1865.

The museum covers over 5500 years of Crete’s history, spanning from the Neolithic period (7000 BC) to the Roman times (200 AD). Most objects belong to prehistoric times as well as to the Minoan era, a period named after the mythological King Minos.

Therefore, you will find exhibits related to trade, others dedicated to death, religion or even settlements. Twenty-seven galleries on two floors full of impressive beauty.

Here, the museum presents the Minoan prevalence in the Aegean sea. There are clay pots and other ceramics with stunning detail. They range from miniature vases to those huge pithoi (the typical Cretan large containers used to store olive oil, wine, and grain in bulk).

There are incredible amounts of labrys (the symmetrical double-bitted ax),  one of the oldest symbols of Greek civilization, specifically associated with female divinities. Some of the most beautiful ones are even taller than a person.

Researchers believe that those enormous axes could have been used during religious ceremonies and sacrifices.

Another key element visitors will appreciate during the visit is the famous Phaistos Disc, found in the Minoan palace of Phaistos, a few kilometers south Heraklion.

Arguably the most important exhibit you can check in the museum is the famous Phaistos Disc which was found in the Minoan palace of Phaistos (Faistos or also Festos), a few kilometers south Heraklion.

This clay disc, about 15 cm in diameter (smaller than I expected, but still captivating) has on both sides a spiral of stamped symbols of unclear meaning. Symbols that turn it into one of the best-known mysteries of archaeology.

Even with such an obscure symbolism, many have concluded symbols might stand for an alphabet or even a syllabary.

Other magnificent elements worth admiring are the pieces of Minoan jewelry, so rich, detailed and precise that you’ll easily think you are in fancy boutique more than in a museum.

Minoan skills were probably influenced by Egyptian artisans, but the craft on the island evolved to become an extremely refined art.

Stunning are also the famous Kamares vessels, objects decorated with vibrant colors and representations of nature. But color is not the only important trait of the vessels, some of them are known as egg-shelled because of their thinness.

Of the several pieces to be discovered during a visit, the Minoan Snake Goddesses certainly deserve a few words. Snakes are normally associated with the renewal of life.

Read more:   Gorgeous Beaches in Heraklion to Check When You Visit Crete!

On the other hand, different studies also suggest that in Minoan society, snakes were the protectors of the household.

Another important detail that can be seen on the little statues is the knot between their breasts, many consider the knot a symbol of holiness.

The first floor welcomes visitors with the most amazing array of Minoan frescoes and mosaics. It’s the “Hall of the Frescoes” which represents Minoan’s love for nature as well as for vibrant colors. From the explosive reds, the visitor will see in Knossos, the frescoes in the museum are a more faithful snapshot of the Palace of Knossos.

Other than that, the main theme of the galleries on this floor is the evolution of the city-state, from the Iron Age through the Roman era, a very important historical moment on the island, often overshadowed by the splendor left by the Minoan civilization.

Archaeological Museum of Heraklion for Kids

We visited the museum during a very hot morning last September. I would’ve imagined that my kids would’ve rather been on a beach instead, but I was wrong.

I’m sure their previous visit to Knossos had already ignited their curiosity. Honestly, they are very much into all that’s related to Ancient Civilizations. Still… summer and museum not always match, or not for everyone.

However, they took hundreds of pictures of bulls and axes and were impressed by the spectacular wooden reproduction of the Palace.

What’s more, there is a nice entertainment area, right before reaching the stairs, where kids can take a rest, play and discover the ancient symbols of the Minoan era.

When in Crete… don’t miss it!

Have you visited the Archaeological Museum of Heraklion?
Let me know in the comments below!

This is a pin-pin situation! 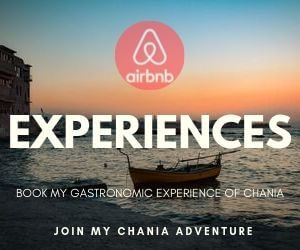 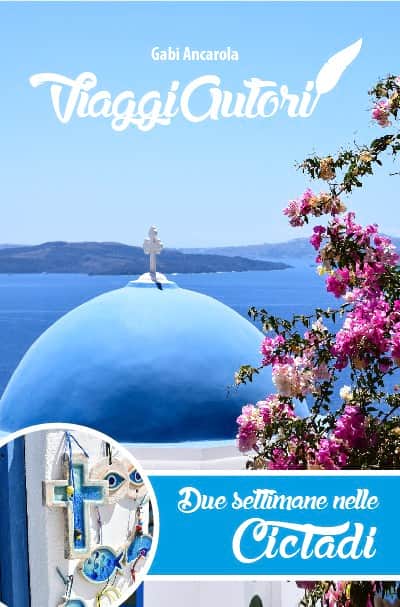 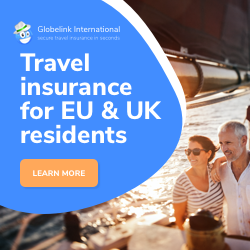