We load the LandCruiser with our backpacks. Everything is ready for a big adventure: Three days on the road, in the South of Morocco. Mountains, valleys… and the desert.

Hamid, a Berber man from Ouarzazate is our guide, a true nomad. He speaks several languages and we switch from one to the other without noticing. The landscape is hilly as soon as we leave Marrakech behind. Along the way we stop a few times, picture opportunities are countless. Zat Valley, Ait Ben Ammar… small, unknown spots among the mountains. We get a glimpse of Moroccan life. Far from the big cities, life gets simple with people engaged in land tasks.

As we move ahead, the surroundings fill with pine trees. This is the most beautiful sight Morocco has ever given me so far. Yet, little do I know about what is about to come…

It’s time to stop for mint tea before facing the most difficult part of the day. Freshly baked bread, argan oil to dip it in, honey and a local paste made with argan and almonds are on the table. We can’t get enough of this genuine tastes. After half an hour of fresh mountain air and endless glasses of tea we are ready. We are heading to Tizi N’Tichka.

Tizi n’Tichka (Berber dialect tashelhit: Tizi, mountain pass; Išqqa, difficult) is a pass connecting Marrakech to Ouarzazate through the High Atlas.  At 2,260 m above the sea level, it is the highest major mountain pass of North Africa. I set my mind on the landscape, trying to forget all about my vertigo.

I focus on my chat with Hamid. I place my eye on my camera and click continuously. It is of great help. A winding road down under us. And then up above. Cars and trucks look like Legos in the distance.

And then, without even expecting it, we are on the roof of Morocco, on the pass, going right through the Atlas, directed to the gateway of the Sahara.

The first sight I get from Ouarzazate is not the city in itself, but a distant reddish construction that uncovers blurry in the distance, mingling with the even more red land.

It’s the magnificent Ksar of Aït Ben Haddou. A Ksar is a fortified city, this is one of the best preserved ones in the Southern area of Morocco. In the past, traders carrying spices and gold on the Sahara Trade Route passed by Aït Ben Haddou on their way to Timbuktu.

In this maze-like village houses crowd together within the defensive walls and corner towers. On one side of the village it is possible to find the remains of the Mellah, the old Jewish quarters, as well as two cemeteries, a Muslim and a Jewish one. Only four families still live inside the ancient city, the rest of the citizens have moved to a more modern nearby village, but still, rent their houses to artisans. Therefore, shops expose their colorful products on the old clay walls, in striking contrast with the red tone of the atmosphere. A UNESCO World Heritage Site, it has been a scenario for several famous movies.

We wander this labyrinth under the midday sun, the heat is devastating even if it’s winter. Lunch is served on a terrace, overlooking the old Ksar. Generous tajines and local oranges taste better overlooking this wonder.

Ouarzazate, The door of the desert, over a long time, Ouarzazate was a small crossing point for African traders, now it is one of the most important cities in the country, with two big cinema studios and an immense solar plant under construction.

The town is mostly inhabited by Berber-speakers and its name comes from the Berber war zazat: without noise. Our afternoon passes by crossing cities and villages along the main road leading to the desert. Scenes of everyday life go by in front of us, children coming and going, women chatting or carrying water, men riding bicycles, donkeys loaded.

We reach the Valley of Roses and the road gets hilly again. We head to the mountains to spend the night in a family hotel overlooking a valley.

The call to the prayer resounds cleared than ever. A tray with colorful glasses and smoking hot tea is waiting. It’s time to rest.

The temperature goes down sharply. It doesn’t matter.

Stars in the sky are so many that nobody wants to sleep. We sit on a terrace overlooking the valley, the shiny sky is all over, it surrounds us.

Before dawn we are already sitting in our balcony, the sun comes up from behind the mountains and starts heating the day. Soon back on the road but silent. The landscape is breathtaking and just one thing keeps our minds busy: it’s the D-day, the Desert day. We know we will end it in a Berber tent, in the middle of the dunes. Our hearts bump with joy and excitement.

After hours on the road, we reach the Dades Gorge, a quiet walk among the high walls of the mountains. The air is cold once again even if it’s over midday. Walking in the middle of this immense formations gives me a sense of infinity mixed with vertigo. I feel small yet so happy to be here.

Once our lunch is over, Hamid has prepared a surprise for the kids. Knowing they are going through a dino-love phase, he organizes a visit to a place where they work stone. But not any kind of stone… The soil in this part of Morocco is rich in fossils. Kids spend the afternoon on a quest for trilobites, ammonites, fossilized algae and roses of the desert. They learn, take pictures and have fun. We all have a rest.

Back in the car, the landscape turns into a stony desert (reg). We can see the golden dunes in the far distance, the Sahara is waiting. It’s also time to celebrate.

The magnificence of Erg Chebbi

Birthday Night at the desert

A group of dromedaries is ready for us when we get off the car. We carry our backpacks and Mustafa, our dromedary boy loads them and then helps us get on. It is fun, a bit shaky and high at first, but we laugh, it is hard to hide our excitement.

As the ride begins, we notice the immense silence of the vast desert. The steps of the dromedaries can be barely heard on the soft ground. The sun is not setting yet, but the air gets chilly, not as much as I had expected though. The temptation to look back overcomes me, the distant shapes of a mosque and some traces of civilization soon get lost among a dense mist. In front of me, the sight is clear instead, warm, inviting.

Of all the words to describe it, I never thought inviting would be OK to talk about the desert. Instead, it is. The desert embraces and welcomes. It’s alluring.

We enter a courtyard formed by the disposition of the surrounding tents, several for the guests, and one for dining. There are carpets all over the sand ground. As I pass by, I see Berber man filling up a big jar of water to wash our hands. The tent is impressive. Big and warm, there is a table and night lamps, and comfortable bed mats with loads of covers.

Outside, of course, more mint tea, biscuits and other treats on a tiny table, there is a nargile pipe and everything is ready for a later bonfire. We spend time taking pictures, rolling on the sand, playing and laughing. We are all kids again. Time flies without noticing.

At dinner time we go to a special tent ready for our meal. Low tables with bed-like seats and extremely well set tables. I recall all my dinners in Morocco, this is one of the best. The food is delicious, savoury, middle spicy and so incredibly abundant. It’s like we are never going to finish. Fresh made bread, olives, soup, couscous, tajine, meat and vegetables. And then yoghurt, and fruit. Lots of them.

When we feel we cannot get one more bite of it all, we go outside for some fresh air. To my amazement, it is cold, yes, but not that much (in fact I would wake up in the middle of the night to uncover myself!). The bonfire is already burning, the small table next to it has dishes and forks. The colorful glasses tell us hot tea is coming too. Little by little we all gather next to the fire.

Music starts and singing gets intense. The nargile starts smoking and out of nowhere a huge birthday cake with six candles appears. Federico has a smile impossible to describe with words.

Of all the things he has imagined for this day, a birthday cake and two small presents were not part of his plans. We all eat and dance as the night starts to end by the fire. It was one of the most beautiful gifts I ever made to my kid. And his happiness was the best reward.

The night spent in the desert is different to my idea of it. We do not suffer from cold, the beds are incredibly comfortable, and we sleep well. I wake up very early feeling I overslept. I run over the top of a dune to catch the first glimpse of the sunrise. It’s not easy, but it’s not late either.

Watching the daybreak in the desert has its own magic to it. A ritual of Berber men preparing the camels and the tea, the sun slowly giving lights to the dune, making them shine with different shades of yellow, orange, and reds in a matter of minutes. Everything ends so quickly.

Would you like to sleep in a Berber tent?
Let me know in the comments below!

Genius Ideas to Spend One Fabulous Week In Morocco

Fantastic Things to Do in Agadir, Morocco for an Unforgettable Trip

2 thoughts on “Discover the Magnetic Charm of the Sahara Desert” 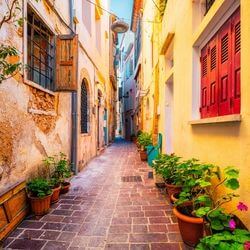 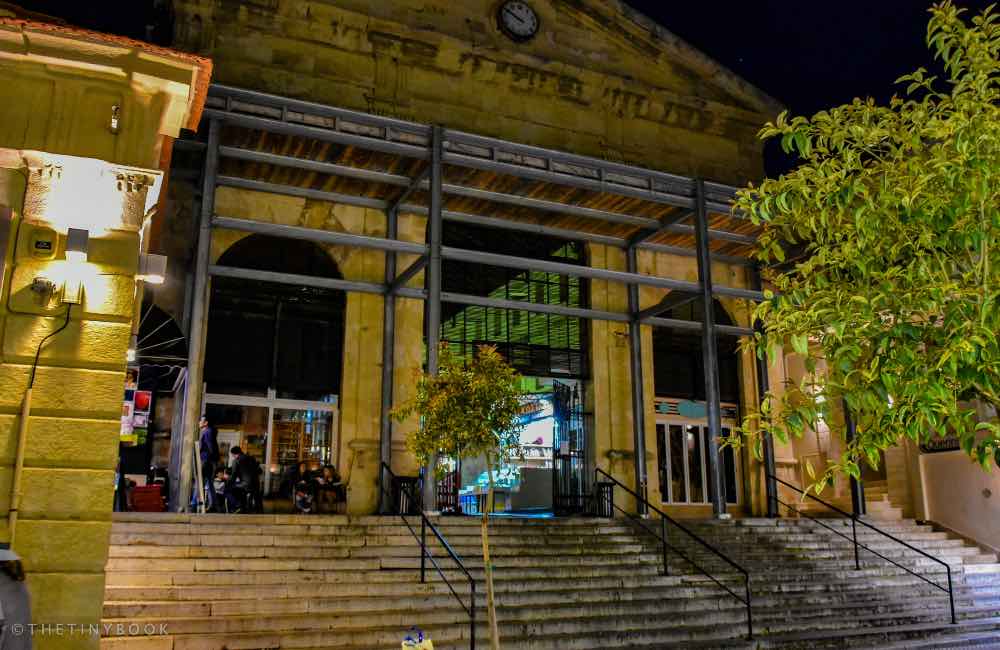 The Tiny Book © 2014-2022 TinyBookMedia
The Tiny Book – All rights reserved. Do not take images or content from this site without previous written permission from the owner.
More info.
Some links are affiliate links, this means that if you click on a link and purchase an item, I might receive an affiliate commission at no extra cost to you.
The Tiny Book is a participant in the Amazon Associates Program, an affiliate advertising program designed to provide a means for sites to earn advertising fees linking to Amazon.com.